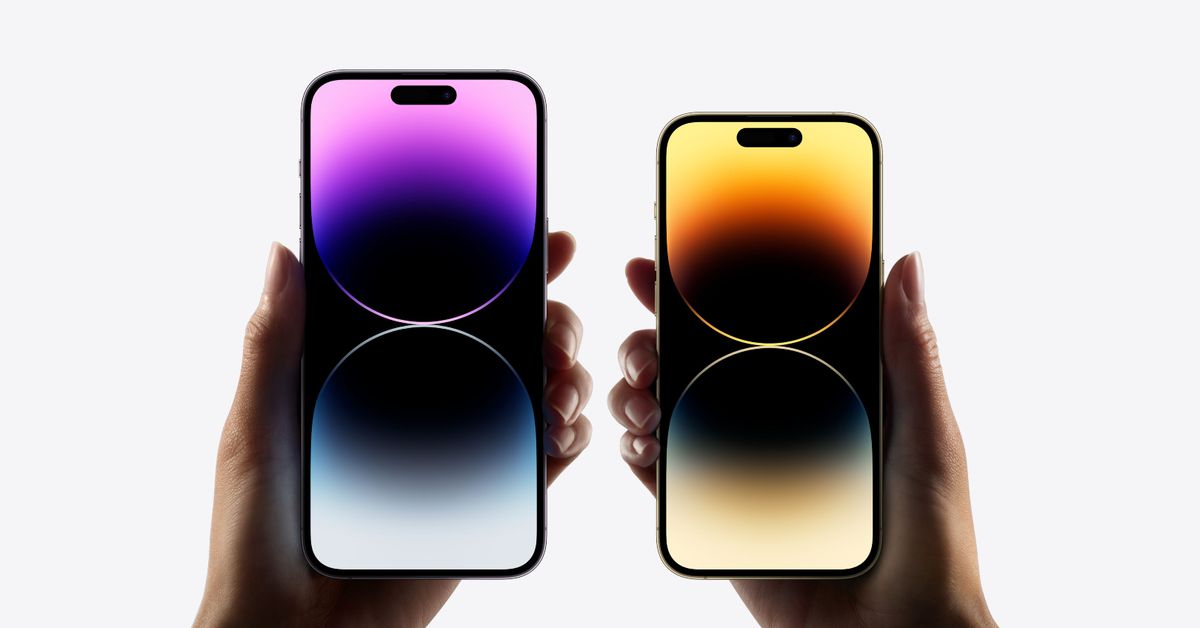 It’s official: the iPhone 14 is here. Following months of leaks and speculation, Apple formally announced the latest addition to its smartphone lineup during its “Far Out” event on Wednesday, where the company also gave us a glimpse of the long-rumored Apple Watch Ultra, a new Apple Watch SE, and the second-gen AirPods Pro.

The iPhone 14 and 14 Plus bring forth a number of changes to the iPhone lineup, including emergency messaging via satellite and better battery life, while retaining Apple’s A15 Bionic chipset. The premium iPhone 14 Pro and Pro Max, on the other hand, also tout the aforementioned satellite functionality in addition to a new 48MP main camera, an always-on display, and even a notch replacement that displays notifications in real time.

However, given each phone differs so much in terms of features and pricing — the entry-level iPhone 14 starts at $799 — you may be wondering which model is right for you. To help you make sense of Apple’s crowded lineup, we’ve summarized and compared the specs of each model (along with the iPhone 13 and iPhone 13 Mini from last year). And while we haven’t formally reviewed the iPhone 14 as of yet, we have published our initial hands-on impressions if you want a closer look at Apple’s forthcoming flagships.

Regardless of which iPhone 14 model you buy, there are a few changes and features that apply across the board. The US models, for instance, no longer feature a physical SIM tray but go all in on eSIMs instead, which shouldn’t impact those on a major carrier but could prove to be a hindrance with some providers. In addition, the entire iPhone 14 lineup runs on iOS 16 out of the box, so you’ll be able to, say, edit sent messages and add widgets to your lock screen no matter which phone you buy.

All of the new phones will also support satellite-based Emergency SOS starting in November. This will make it possible to send messages via communication satellites when you don’t have a cell signal. While it’s a premium service, those who purchase an iPhone 14 model will be able to use the feature for free for two years. Additionally, each phone in the iPhone 14 lineup — as well as the Apple Watch Series 8 — offers the ability to automatically connect you with emergency services if it detects you’ve been involved in a car accident.

However, in other ways, the iPhone 14 and iPhone 14 Plus aren’t all that different. They both use last year’s A15 Bionic chipset and share the same dual-camera system, which consists of a new ultrawide camera and a 12-megapixel main shooter. Both also feature a new 12-megapixel TrueDepth camera with autofocus that can capture group shots from a greater distance. Apple also claims that it has improved low-light image quality by 49 percent and made Night Mode up to twice as fast — something we have yet to test out in practice. Each phone in the iPhone 14 lineup features Apple’s new Action Mode as well, which should stabilize video while you’re recording much in the same way a gimbal would. All of the models also sport a cinematic mode that can record 4K resolution at 30fps and 4K at 24fps.

If you’re looking for a more powerful camera system, though, look to the iPhone 14 Pro lineup. While the 6.1-inch iPhone 14 Pro is lighter and smaller than the 6.7-inch iPhone 14 Pro Max, they offer the same three-camera system and 48MP main camera, which is the first time we’ve seen such a sensor in an iPhone. The Pro models are also equipped with Apple’s new A16 Bionic chip and a 1TB storage option, which is absent from the iPhone 14 and 14 Plus. They also feature an always-on, 120Hz ProMotion high refresh rate display that does away with the notch. In its place, you’ll find a pill-shaped cutout called the “Dynamic Island” that can move around and display various notifications, alerts, and activities in real time.

That’s just a glimpse of some of the main differences separating each model in the iPhone 14 lineup. For a more thorough breakdown, however, we’ve gathered all the relevant specs so you can compare them for yourself in the chart below. We’ve even included the last-gen iPhone 13 and iPhone 13 Mini if you’re thinking about upgrading from one of last year’s models. Although, keep in mind that the iPhone 13 Mini may be the last of its kind.

6 Ways to Establish and Protect Your Brand Reputation

[UPDATED] Netflix making it harder for account sharing, here’s how it works