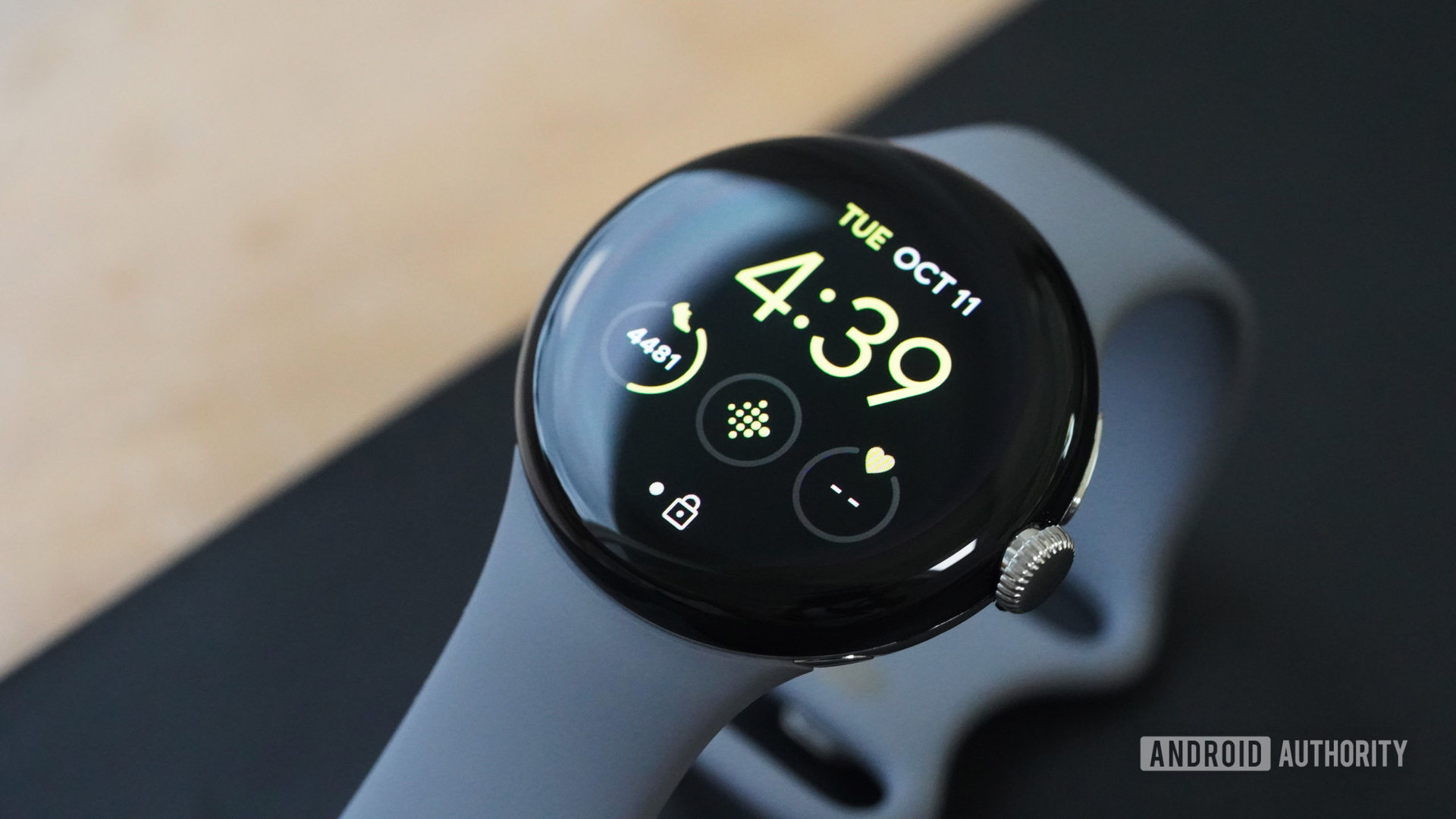 For a long time, the general consensus among Wear OS watch users was that the platform wasn’t all that good. Stutters, slowness, weird bugs, frequent disconnects from the phone, and the absence of a properly-integrated fitness and health service were among the chief reasons for that thinking. Not to mention Google’s on-again-off-again relationship with the platform, with updates one day and neglect the next.

Then the Google-Samsung partnership and the Galaxy Watch 4 happened, signaling Google’s long-term commitment to Wear OS on an abstract level and the platform’s not-so-suckiness on a concrete level. It was one of the first examples that watches running Google’s software could actually be smooth, responsive, and competitive against the best of the best smartwatches.

Wear OS on the Pixel Watch feels more mature and stable than it’s ever been. But it’s still behind.

One year later, the Galaxy Watch 5 has solidified that impression, but it’s certainly the Pixel Watch that has cemented it. Even without Samsung’s bells and whistles, Wear OS feels more mature and stable than it’s ever been. The Pixel Watch is the first time I’ve actually enjoyed using an Android-based smartwatch, and I can finally see a lot of promise in Wear OS. The problem is that every aspect of it needs a little something extra — some sort of obvious improvement or feature addition that should’ve been there already.

When everything ticks together

In my eight years of using different Wear OS watches, the Pixel Watch is my first time experiencing a stutter-free experience. The Galaxy Watch 4 got close, but still lagged in some places. In contrast, Google’s new watch is fast, buttery-smooth, and has yet to show me one hiccup or janky moment in over a month of use. The main interface is easy to get used to with simple swipes, one button, and an intuitive rotating crown. Even Google Assistant is fast and accurate — as long as you’re connected to the phone (more on that in a bit).

The built-in Fitbit activity tracking is spot on, too, with steps, stairs, sleep, heart rate, and different exercises all tracked without me lifting a finger.

Google has also made sure the Pixel Watch integrates well within its own ecosystem. The Camera shutter controller is useful for remotely snapping some images with my Pixel 7 Pro, the Google Pixel Buds Pro connect immediately to the watch because they’re already paired with my phone, and some apps (like Google Maps and Citymapper) automatically transfer my navigation directions from my phone’s screen to the watch’s screen. Notification sounds also sync up pretty well between phone and watch. When I’m wearing the watch, it vibrates while the phone stays silent; when I’m not wearing it, the phone starts pinging instead.

In general, the experience seems solid, but that’s about it. There’s nothing new-new with Wear OS 3.5, and there hasn’t been anything really new with Wear OS for years now. While competitors like Samsung and Apple are busy adding features and improving the ecosystem integration between their smartwatches and phones, Google is giving us a robust foundation that lacks a million extra pieces.

Watch out for all the missing features

Each time I use an app or feature on my Pixel Watch, I’m annoyed by something that’s missing. Take Google Maps, for example: The Wear OS app doesn’t support transit directions and you can’t even get transit notifications from the phone app to show up on your watch. Or if you open a Google Calendar event with an assigned location on your watch, you can’t tap on that location to navigate to it — regardless of navigation method.

Messaging apps like the default Google Messages or WhatsApp lack GIF and voice note support. If you and your friends/family use those a lot, you have to reach out to your phone pretty frequently to carry out a conversation, negating the benefits of messaging on a watch. (In my personal observation, voice note usage is pretty high among people who chat in languages other than English, particularly languages with non-Latin alphabets.)

Every little aspect of Wear OS is still lacking in one form or another. Even Google’s apps miss crucial features.

Other built-in apps also lack simple features. Google Wallet can’t show loyalty cards or gift cards. The Google Home app doesn’t let you organize smart devices or pin the most used ones to the top. Google Assistant can do diddly squat without a connection to the phone — even when the watch itself has a Wi-Fi connection, you can’t set a simple timer with voice.

Even the Fitbit features, which I would’ve expected to be top-of-the-line given Google’s purchase of Fitbit, leave a lot to be desired. There’s no active exercise recognition while you’re in the middle of an activity, no period tracking, and plenty of stats are phone-bound for now. For example, the daily readiness score, stress management, breathing rates, water and food logging, and more are simply absent from the wrist app.

Despite a solid ecosystem integration, some obvious cross-device features with phones, computers, and speakers are nowhere to be found.

On the ecosystem side, Google’s integrations feel like a one-step forward, two-steps back deal. There’s no cross-device unlocking for your Android phone or Chromebook with your watch. Do not disturb settings can’t be synchronized between phone and watch, nor the bedtime mode. You don’t get a friendly nudge to open the camera controller on your wrist when you launch the camera on your phone. Any Google Cast controls on your home’s smart speakers don’t show up on the watch for easy controls.

Finally, Google’s own Wear OS implementation is still pretty weak on the customization front. We should have more watch face styles and designs, more colors, and more app tiles. (I’d love to see one for reminders, a world clock, Citymapper, and Todoist for example.) I also need options to pin my most-used apps in the app list, and custom button shortcuts for quickly launching my favorite apps.

What do you think of Wear OS?

Time for some quick and vast updates

The Pixel Watch has left me with a lot of conflicting feelings, but the most obvious one is this clash between my awe at how good the Wear OS experience can be when it works and my annoyance at everything that’s still missing. There’s a solid foundation here, but it needs to be exploited as soon as possible.

Part of me wants to forgive Google because this is its first smartwatch, while the other can’t simply overlook the fact that we’re not at all in the early days of Wear OS. The platform launched eight years ago and we’re already at version 3.5; the fact that we’re happy that it’s finally in a usable state and that we have a solid foundation is, frankly, sad. In the meantime, the competition has moved miles ahead too.

This isn’t Google’s first rodeo, no matter how much the company wants us to think that. Some major updates are due as soon as possible.

Since we can’t consider this Google’s first rodeo, the company has to catch up and catch up fast. We’ve been promised yearly Wear OS updates, even quarterly Pixel phone-like feature drops for the Watch, so it remains to be seen whether Google is able to capitalize on these updates to put its smartwatch platform on par with Samsung and Apple.